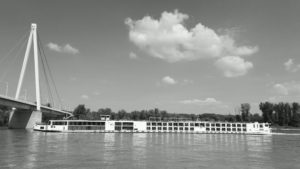 After the successful start of the project at the beginning of the year, the members of RIS COMEX are being busy with defining the services that were identified and agreed on in the RIS COMEX Master Plan. Since the Activity 2 Kick-Off meeting in Vienna on the 30th of March regular Core-Team workshops have been organized, starting with the one on the 19th of April, that triggered in-depth discussions regarding Level 1, 2 and 3 services. Following the active internal works and remote collaborations of the passing month, the next episode of the RIS COMEX international coordination is going to take place in Rotterdam between 6-8th of June, 2017. We are looking forward to the fruitful meetings in the Netherlands!